A winged train, using ground effect to "Fly" and a "T" rail to hold it down! Conventional rails are added for lower speeds, so I guess it is actually a "Trirail" rather than a true Monorail. Still though, way effing cool! I can picture these working in the ISA, The Empire State and Hollywood along what is today known as the I5 corridor. In my opinion (of course) a 400 MPH train would create too much turbulence ('specially two of them passing each other!) for automobiles, so I really cannot imagine them sharing highway space! Still though, a very cool (though whacky) idea well ahead of it's time.

Modern Mechanix / PopSci May 1939 wroteColon Winged Rail Car Rides on Air
CAPTIVE airplanes with clipped wings would hurtle across country at more than six miles a minute, in a “flying-railway” system proposed by a European engineer. His scheme calls for a giant new type of streamline passenger car, having stubby wing surfaces and a body like the fuselage of an airplane. At low speeds, as in starting and stopping, the vehicle rolls along standard rails on flanged wheels at front and rear. Under full throttle, however, the whole front of the car rises from the track and, lifted by the wings, rides on air, so reducing friction that speeds up to 400 miles an hour may be attained. Retaining channels and rollers prevent the forward or “flying” end of the car from zooming dangerously high. Meanwhile the rear wheels, remaining in contact with the rails, continue to supply propulsive force from the vehicle’s Diesel power plant. Passenger seats are arranged in pairs on the double decks of the curious train, while the engineer-pilot sits high in the front of the vehicle in a special cockpit resembling that of a modern transport plane. The space required between tracks, to allow clearance for cars traveling in opposite directions, would be used as an express automobile highway. 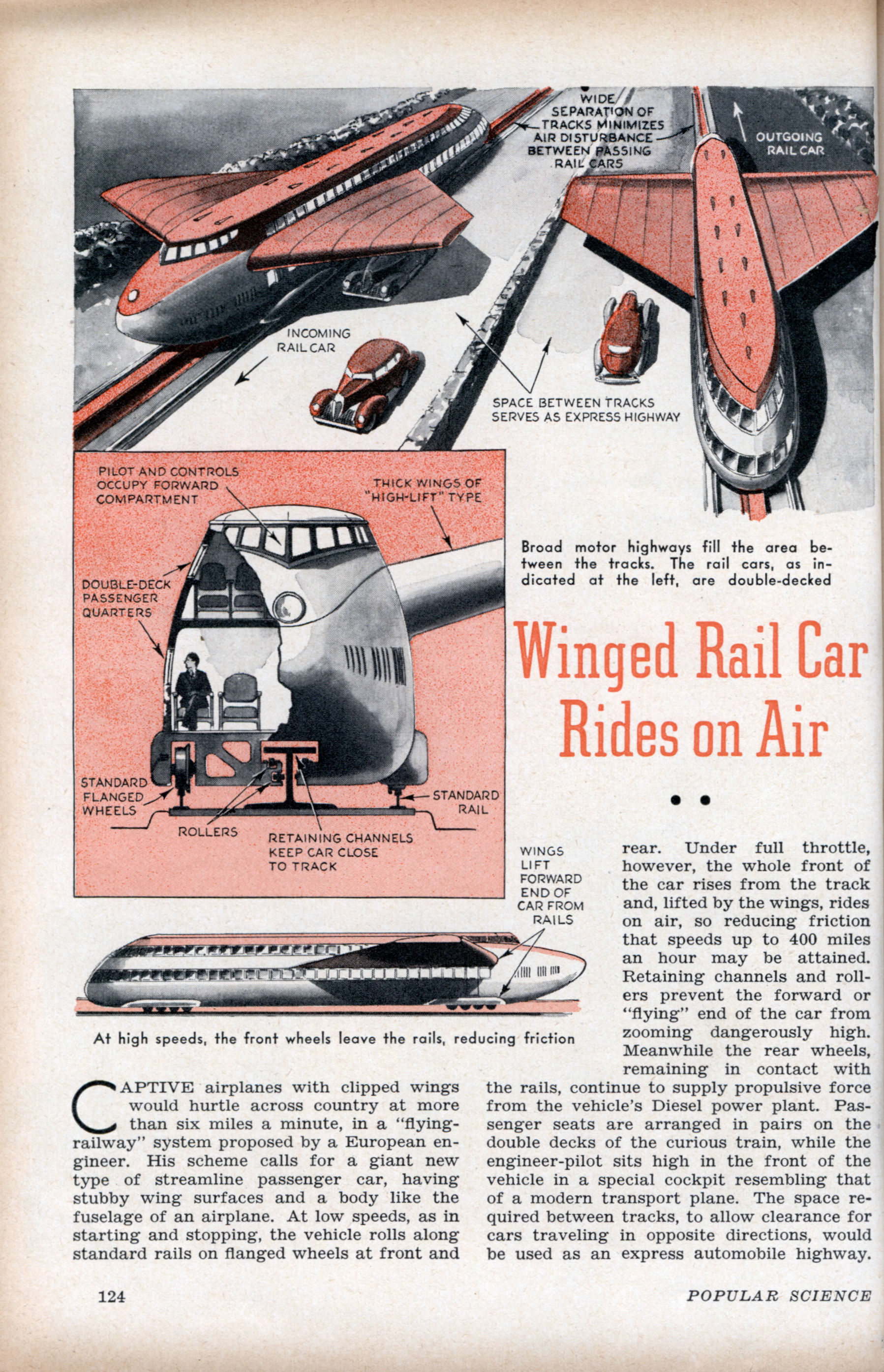