To celebrate the fact that we'll have Z&B soon (not sure how soon that is, but hey we're excited!) I thought it would be fun to have a thread to publish our favorite pictures of Zeppelins. My goal is that we'll celebrate by publishing at least one picture of a Zeppelin everyday until Patrick releases the manual. Please feel free to participate and publish your favorite images of our favorite flying contraption; The blimp, dirigible, airship: THE ZEPPELIN! 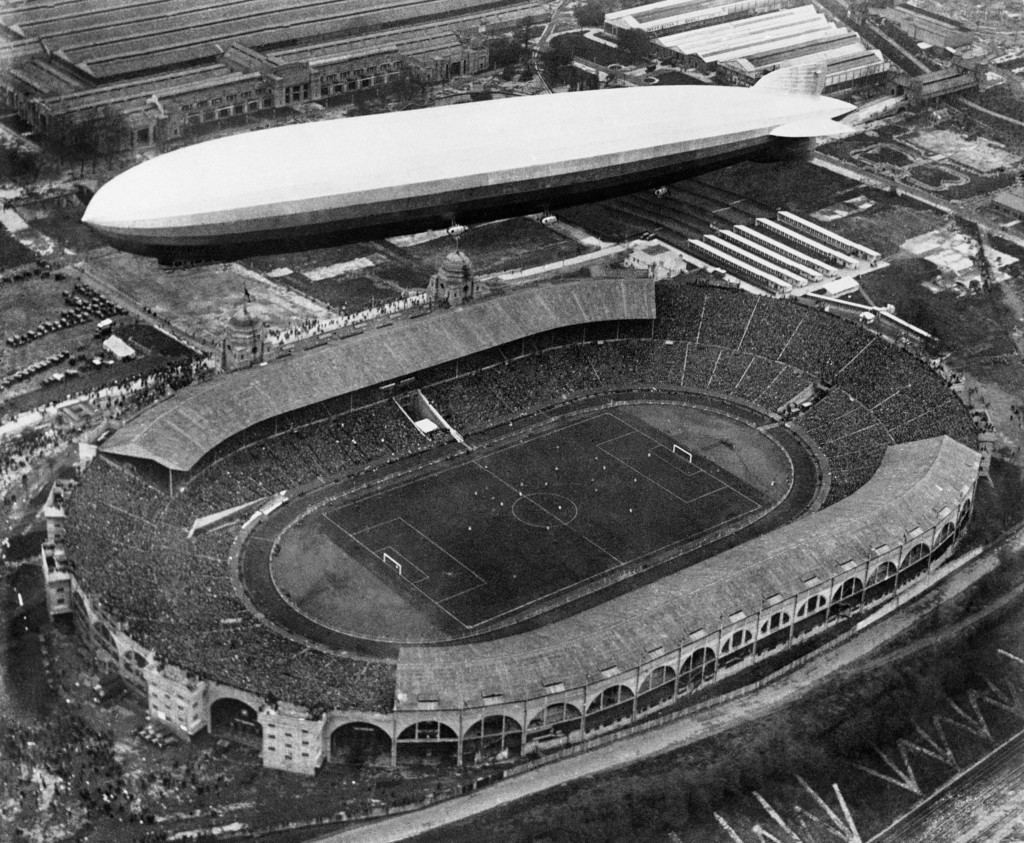 Prepare for image barrage! Thought I'd kick off this thread with two of my favorite airships of all time and some of the inspirations for Crimson Skies - the USS Akron and Macon! All images are from Wikipedia.

A photo of the USS Macon over Moffett Field. Another picture of her over New York Harbor, circa Summer 1933.

This a picture of the F9C Sparrowhawk, the fighter plane used by the Akron's and Macon's pilots. The plane is shown over Moffett Field, California in 1934. The pilot is Lt. Harold B. Miller commander of the Macon's Heavier-Than-Air Unit. This plane was lost with the USS Macon. The Akron had a complement of either 3 or 4 planes, while the Macon's slightly larger hangar could carry as many as 5. The USS Akron in flight, 1931. The little speck over her bow is an airplane. An F9C in the Akron's hangar. This plane was lost in the Macon's crash. Another Sparrowhawk catching the Akron's trapeze for a landing.
Good judgement comes from experience. Experience comes from bad judgement.
"Is it heavy?" "Yes." "Then it's expensive - put 'em back." -Jurassic Park
With me surprises are rarely unexpected. - Any Pink Panther movie
Top

Nice pics! During my research for Z&B I bought several magazines and books that covered the zeppelin topic. One of them had several of those pictures including the shot of the trapeze retrieval system. I imagine CS zeppelin hanger tech to be more advanced (and pulpy), but that is a good starting point.

If you ever find yourself in Tillamook, Oregon, go to the air museum there. It is inside the largest wooden structure on earth - a zeppelin hanger that is large enough to hold 9 goodyear blimps inside. They have a huge (4 or 5 feet long) model of the Macon inside the museum.
Top

Not only do you give us pics of the Zeppelin and two largest Zeps ever made, you also promise us a Zep a day? ? ?

Lol. Thanks, Thom! I may need some help on the weekends to keep it updated but I'll do my best. If anyone has favorite Zepp pics please feel free to post them.

Patrick, that Tillamook hangar sounds awesome... It's been added to the bucket list!
Top Well known classic, but I love it colorized.
Top

The Hindenburg disaster was the end of airship travel, but in the world of Crimson Skies, the scene in that image probably happens more than anyone living in that universe would want to admit. (Although with Helium it would be more crashing and less burning.)
Top

If they still use alluminum oxyde for the coating of the canvas, there is still going to be some burning.

Altough not that bad, but still hugly enough (see the mythbuster episode on that

)
Malphas, over and out
Top

Cyagen wroteColonIf they still use alluminum oxyde for the coating of the canvas, there is still going to be some burning.

Altough not that bad, but still hugly enough (see the mythbuster episode on that

I'm sure the fuel for the engine cells would also add to that fire hazard. What fuel did Zepps use anyhow?

Another picture today, just because this is so freaking cool and I am so jealous:

YES, that IS a radio controlled USS Macon Model that REALLY flies with real motors and helium filled gas bags. Consider my jaw on the floor.

Users browsing this forum: 5 and 0 guests